Congratulations to Morgan Fitzgerald on her publication! Morgan was also the recipient of the University Award of Distinction for her exceptional scholarly and outreach activities. 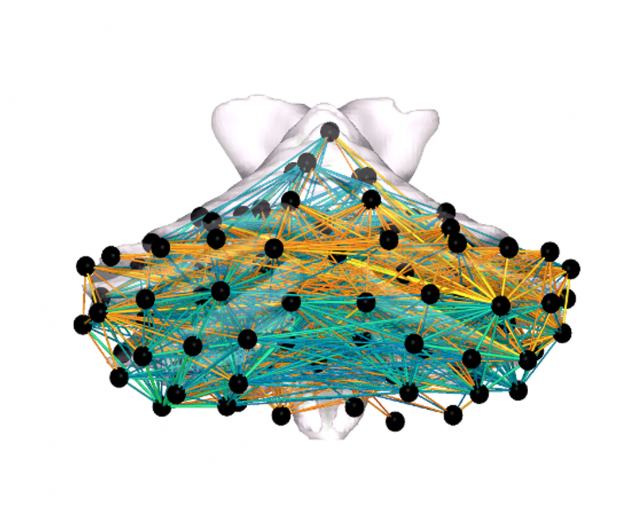 Abstract: The cerebellum contains the vast majority of neurons in the brain and houses distinct functional networks that constitute at least two homotopic maps of cerebral networks. It is also a major site of sex steroid hormone action. While the functional organization of the human cerebellum has been characterized, the influence of sex steroid hormones on intrinsic cerebellar network dynamics has yet to be established. Here we investigated the extent to which endogenous fluctuations in estradiol and progesterone alter functional cerebellar networks at rest in a woman densely sampled over a complete menstrual cycle (30 consecutive days). Edgewise regression analysis revealed robust negative associations between progesterone and cerebellar coherence. Graph theory metrics probed sex hormones’ influence on topological brain states, revealing relationships between sex hormones and within-network integration in Ventral Attention, Dorsal Attention, and SomatoMotor Networks. Together these results suggest that the intrinsic dynamics of the cerebellum are intimately tied to day-by-day changes in sex hormones.